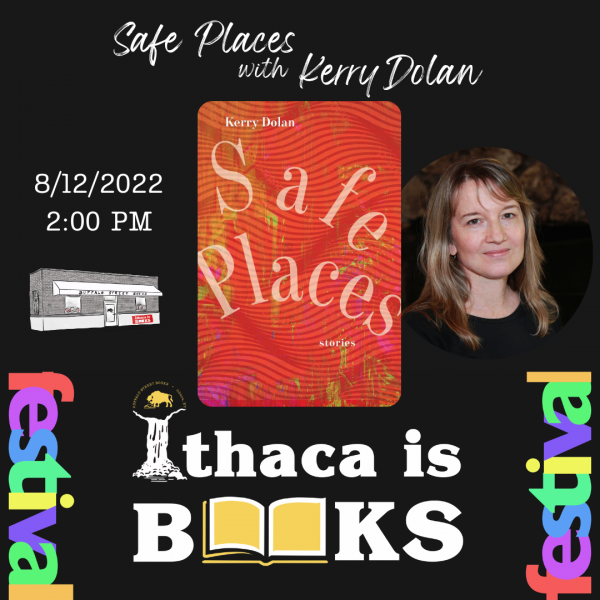 Exploring the vagaries of life, human connection, and desire, the twelve stories of Safe Places navigate the fault lines of existence. Assured and distinctive, the voice-driven stories of this debut collection capture the restless heart of characters in a state of flux, as they try—and frequently fail—to move beyond chance and circumstance. The book is this year's winner of The Juniper Prize for Fiction.

Kerry Dolan won the Juniper Prize for Fiction for her debut story collection, Safe Places. Dolan has been awarded fellowships from MacDowell, Ucross Foundation, Virginia Center for the Creative Arts, Millay Colony, and elsewhere, and has served as artist-in-residence at the Centrum Foundation. Her work has received Special Mention in the Pushcart Prize and been a finalist for the New American Fiction Prize and Tartt Fiction Award. Dolan's stories have appeared in a number of anthologies and magazines, including Quarterly West, Greensboro Review, Robert Olen Butler Prize Stories, the Tartts Anthology: Incisive Fiction from Emerging Writers, and others. She received her MFA from Cornell University, where she won the Andrews Award in fiction. Dolan has taught writing, literature, and film at Cornell, University of San Francisco, and Notre Dame de Namur University. A native of New York and former resident of San Francisco, she currently lives in Philadelphia, where she is working on a novel.