Join us for a very special event for American Cider with authors Daniel Pucci and Craig Cavallo in conversation with cider blogger Meredith Collins and cider maker Steve Selin from South Hill Cider. South Hill Cider will also be offering a special tasting flight to sip along with the event. 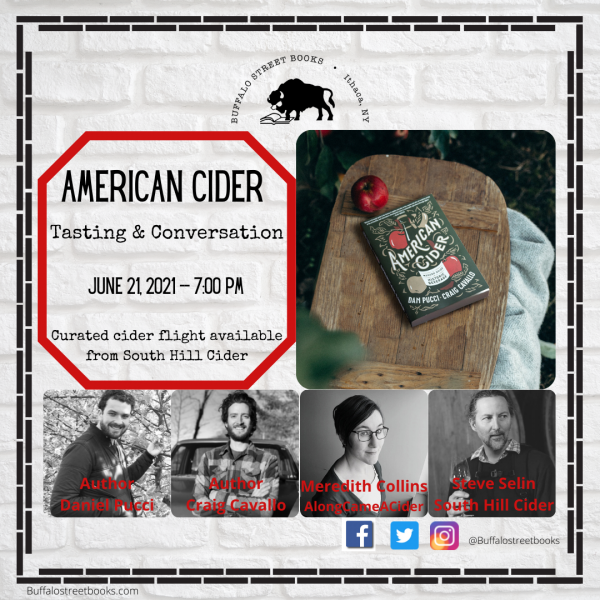 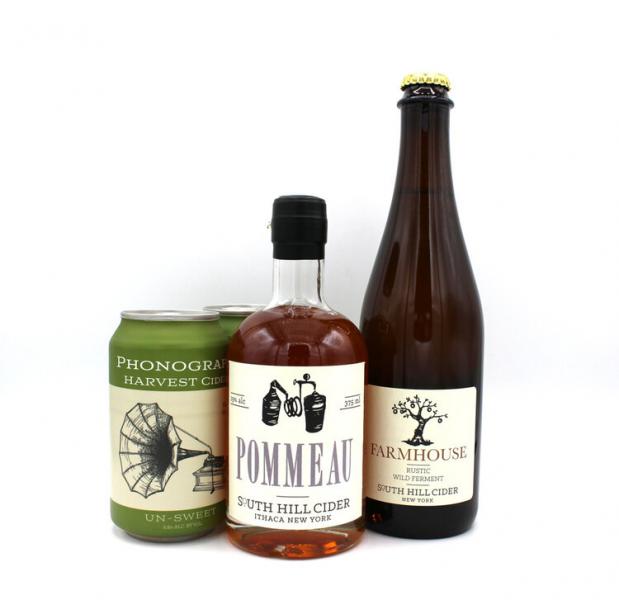 Dan Pucci is one of the nation's leading cider experts. He was the founding beverage director at Wassail, New York City's first cider bar and restaurant, and has since traveled the country in a continued pursuit of cider education, awareness, and research. He is a partner in Wallabout Hospitality, a New York City-based consulting and hospitality company.

Craig Cavallo lived in New York City for thirteen years, working in restaurants, blogging about food trends, and writing for Saveur. His work has been published in Condé Nast Traveler, GQ, New York magazine's Grub Street, Thrillist, and Vice Munchies. He left New York City for the Hudson Valley, and when he's not at Golden Russet Cafe & Grocery, the café that he owns and operates with his wife, Jenny, he can be found picking fenceline apples and dabbling in his own cellar cider experiments.

Meredith Collins is the blogger behind one of the most long-standing and respected cider blogs Along Came A Cider (https://alongcameacider.blogspot.com/), where she has been tasting, photographing, and reviewing hard cider for more than eight years. In addition to managing her blog, Meredith judges, writes, presents. consults, and teaches about cider whenever possible. Her background started with chocolate, expanded to coffee, but cider is her passion. She is a member of the inaugural group of Certified Cider Professionals.

Steve Selin has been bottling his own cider since 2003. As a musician firmly grounded in traditional American Old-time music, Steve can’t help but point out the many parallels to cider: in the eighteenth and nineteenth centuries, both cider and Old-time music were staples of American culture, only to be sidelined by more mechanized and industrial rivals. Working in Finger Lakes winery tasting rooms for a decade as a musician is where his music and cidermaking coalesced. Collaborating with winemakers elevated the quality of the ciders. The names of many of South Hill Cider’s bottlings are therefore inspired by many musical references.

American Cider: A Modern Guide to a Historic Beverage (Paperback)